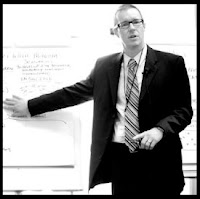 Author Tom Chermack is a seasoned academic with impeccable corporate credentials as well in the field of scenario planning.Scenario planning derives from the observation that, given the impossibility of knowing precisely how the future will play out, a good decision or strategy to adopt is one that plays out well across several possible futures. Tom lists below the five ways in which scenario planning exercises by Companies and organizations (such as BP) could have averted the oil spill and ensuing crisis.

1)Consider Internal Dynamics. This may come as blasphemy to many scenario planning professionals. Scenario exercises have almost always focused on external events and forces, because the purpose is commonly to explore and understand what is going on out there. Given that more and more companies have global reach, and many have revenues that exceed small nations, a failure to explore internal dynamics can be a major oversight. Toyota is a prime example of an internal oversight that led to an organizational crisis. A secondary benefit of using internal dynamics as major forces in scenario exercises is that it brings the scenarios immediately closer to the users. Using an internal factor as a major critical uncertainty can help managers see how their actions could make a difference, and creates a set of circumstances in which their judgment matters, and they can see how their decisions might play out.

2) Explore Unlikely Scenarios -- Do Not Assign Probabilities. Scenarios existed that contained the events of September 11, 2001. The scenarios were dismissed as “unlikely” because the odds of their occurrence were deemed slim. This is a great lesson in the purpose of scenarios. The purpose is to explore and understand unlikely events that could fundamentally impact an organization (and increasingly, our world). Assigning probabilities is a sure way to dismiss the unlikely scenario elements and defeat the purpose of any scenario planning effort.

3) Consider Responses. Many scenario exercises fall short of considering responses in each scenario. One of Peter Schwartz’s key questions for each scenario is “What will we do IF…”, yet this basic question is often overlooked. These do not have to be detailed contingency plans, but general responses to environmental conditions are critical. BP Amoco might never have been able to anticipate the problems that caused a major leak in the Gulf of Mexico, but general approaches to handling a potential disaster should have been considered long before drilling for oil. The potential for equipment malfunction is almost a predetermined element -- why not anticipate it?

4) Realize Regional Differences. Scenario planning use is on the rise, which is a good sign. Scenarios are powerful tools that can help people clarify their perceptions. More and more scenario projects are being undertaken for global events. For example, the UNDP website posts scenarios for India, China, Global Warming, Global Economies, etc. While these are useful starting points, they become a backdrop for more detailed scenario work. This applies to almost any complex phenomena -- location, resources, environment, and landscape all matter. This is a good reminder of Pierre Wack’s thinking that you must begin with macro scenarios, and, like a camera lens, you zoom in on the details according to a more specific location or issue.

5) Celebrate and Communicate Success. Many companies are currently using scenarios with great success. A great example is the bridge collapse in Minneapolis, MN (I was born and raised in the Twin Cities). Disaster scenarios were documented and well integrated with emergency response teams in Minneapolis, which is why the response was so rapid and seamless. Yet, not much was publicly communicated about the success of the response effort. The swiftness could be attributed to good planning, anticipating unlikely events, and thinking through responses, all of which would make for a good case that many city planners could learn from.

I urge company and community leaders to share their successes -- as we will be doing with our work through the Scenario Planning Institute at Colorado State University. I welcome your thoughts, comments, and observations.
Posted by BK at 11:41 PM