Five Ways to Be A Better Social Networker 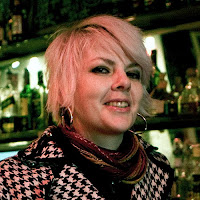 There's an old New Yorker cartoon that shows two dogs sitting at a laptop. One says to the other, "On the internet, no one knows that you're a dog." Yes, the internet offers anonymity, but it also seems to encourage some bad behavior and poor judgment when it comes to online interactions. Deanna Zandt has worked with technology and social media all her life and has noticed that even the most experienced networkers lapse into bad habits from time to time.

For this reason (and for the purposes of educating new social networkers), Deanna presents this issue's list of The Five Mistakes People (Even the Professionals) Make with Social Networking:

1. Thinking like it's television. Many organizations see social networks like Twitter and Facebook as just another way to broadcast about the work that they're doing, whether that's selling products or promoting advocacy. This is akin to showing up at a party, getting on a chair, and yelling to everyone that you're awesome. Don't broadcast, have conversations. Your audience is a community of people, not a mass of passive listeners.

2. Talking only about yourself. Again, you wouldn't do this at a party, would you? Social networks function a lot like ad-hoc, informal get togethers. You ask people what they're up to, you share some of what you're doing, and you pass on good news from friends or interesting things you've seen and read. There's a lot of give and take; only about 20-30% of your posts should be about your own work or mission.

3. Crafting "messages." While it's certainly worthwhile to make sure the material you're sharing on social networks is part of the bigger picture of the work you do, being overly careful about "staying on message" can ring hollow with your community. Remember, social networks are comprised of humans interacting with each other -- treat yourself, and your community as the living, breathing creatures they are.

4. Showing up only to vent. This is a personal pet peeve of mine. I get really irritated with people who never participate in the thriving conversations on social networks, and only post grousings about the clerk at the grocery store or how terrible Jetblue's customer service has become. Social networks can be sounding boards, for sure, but they're so much more than that.

5. Reading lists of do's and don'ts. Yep, I'm getting a little meta here -- time for me to take some of my own medicine. Really, my point in saying this is that there are an awful lot of social networking "gurus" out there who try to prescribe all kinds of behavior for their own ends (often selling something). But much like our interactions offline, we shouldn't be limited by how a consumer-oriented culture wants us to behave... so really, just get in there and be yourself.

Give us your social networking wisdom, reactions, and thoughts below.
Posted by BK at 2:32 PM

I especially agree about the venters. These people are just trolls, basically. Whenever I post on some issue in response to reading a piece on the web, I immediately get attacked. The point is to debate to debase. Thanks for the list!

Good 5 points. Thanks for this. I know for sure that the blogs I go back to, and which keep my attention, are ones where I feel a sense of genuine "connection" with the writers, where I feel I'm sharing something of value and being invited to perhaps share my comments. Hate being "pitched" for a product. There's an intimacy about the blogs that work well for me--like a letter from a friend with whom I have a common interest. Fastest way to lose me is to vent. Sad the medium gets used that way. Anyhow, just wanted to say thanks for the list...good reminders.

Genial brief and this mail helped me alot in my college assignement. Gratefulness you for your information.

It agree, rather amusing opinion

Cheers, That was a great post, I really liked visiting your site. I am going to bookmark it and will make sure to visit weekly.