Five Scientific Studies that Support the Idea of a Living Universe 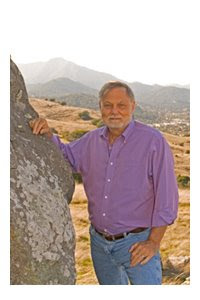 Duane Elgin knows that most people think of the idea of a living universe as a sort of a metaphysical concept or spiritual ideology. However, there are numerous pieces of research that lend scientific support to the idea that the universe is a living entity. Here are just five:

1. An international panel from the Russian Academy of Sciences, the Max Planck institute in Germany, and the University of Sydney published an article in the New Journal of Physics in 2007 stating that computer simulations now show that electrically charged specks of interstellar dust organize into DNA-like double helixes and display properties normally attributed to living systems, such as evolving and reproducing.

2. The Urey-Miller experiment that simulated the theorized early pre-life conditions on Earth, and produced amino acids, suggests that the universe is essentially biological. The ammonia used was obtained by a process involving hydrogen of bio-origin, and the methane was also biological in origin. Non-biological catalysts would be poisoned almost instantaneously by sulfur gases under pre-life conditions. What this means is that most of the material in interstellar grains must be organic or life itself would have been impossible.

3. The universe has a memory. University of AZ scientists Gary Schwartz and Linda Russek have argued (and published papers and a book asserting) that all dynamic systems, including galaxies and star systems, have memory in the sense of adaptability based on previous events, and based on this memory, the universe evolves and grows in a particular manner -- with intention. Such intention is an indicator of intelligent life.

4. Every time a black hole collapses into a singularity and a new baby universe is formed with a new space-time, the laws of physics that are born with it are slightly different. The force of gravity, for example, may be a little stronger--or weaker--than in the parent, and the "offspring" star systems theoretically outlive their parent systems. The process resembles the way mutations provide the variability among organic life forms on which natural selection can operate. Inanimate and inorganic systems would not do this because there is no reason for them to do it. This research was published in 2005 by Lee Smolin, professor of physics at the Center for Gravitational Physics and Geometry at Pennsylvania State University.

5. One of the biological definitions of life is autopoiesis, literally self-creation. Biologist Dr. Elizabet Sahtouris wrote that evolutionists recognize the universe as a giant self-organizing living cell. For example, the earth continually recycles itself through tectonic plate activity and weather patterns. Earth gains ever greater complexity by evolving tiny cells on its surface through the intelligent alliance of DNA and proteins. These cells evolve enormous variety and complexity by exchanging their genomes as DNA becomes the planetary language of life, permitting blueprints to be encoded and shared among all Earth's creatures from the tiniest singe-celled bacteria to the largest mammoths and redwoods. Other planets and whole systems and galaxies also behave similarly. Such acts of self-creation cannot logically be assumed to only exist on earth.

Convinced? Confused? Skeptical? Weigh in!
Posted by BK at 2:09 PM

As much as the idea is intriguing, some of the wording associated with the hard science of these studies is assumption and frankly misleading (ie "memory", "intention"). The first two studies are simulations.

I like the idea, I like where it's going. I dont like what assumptions were made, I'm not convinced this is objective reality, it seems to be misguided leaps in logic.

great collection of work, and a good start to an intriguing debate/conversation.

I was surprised to learn just how many scientists and others I would think were skeptics in fact support the theory of an intentional universe. Quite amazing...and humbling...

Sitting here in Sri Lanka, war raging in the North, putting together relief packages for people stuck in refugee camps... Duane's work raises the possibility that intelligent life may exist SOMEWHERE in the Universe!

Yes, it's alive, intelligent and PURPOSEFUL. A purpose over billions of years. We are the mayflies in the system... Mayflies with delusions of granduer...

It's a line of inquiry worth exploring, however, much more science is required at multiple levels of inquiry, e.g, sub-atomic, molecular, etc. I'm surprised that complexity science was not formally included in the brief article, especially as it supports the notion of self-similarity.

There are obvious theological parallels, that while not scientific, may offer some people insights into the "why" and not just the "what."

For years I have been fascinated by the way physicists and mystics sound so similar in describing reality.

The first idea I played with a lot was that matter is simply a highly condensed form of energy, making energy all that exists. Recently I ran across the idea (sorry, don't remember where) that the basic stuff of the Universe is actually consciousness (unified field, anyone?). This would make life and evolution simply functions of the movement of consciousness, and one could logically conclude that everything is alive.

Hello friends
Do not miss your chance to get a free ipad. Visit http://bit.ly/d9QOON

[p]Actually [url=http://www.springhermeshandbags.co.uk]hermes handbags kelly uk[/url] there are countless things to judge whether it's right or wrong . Now that seems likeHermes Birkin Bag [url=http://www.fashionhermesbagsuk.co.uk]discount hermes bags kelly[/url] a " decrease price Hermes handbags " worth spending your income on! Hermes customized " replica Hermes handbags "were made in 1919 by Cristobal Hermes . Gucci Purse Sale Availablility of features is provided inside [url=http://www.springhermeshandbags.co.uk]hermes handbags birkin[/url] of including a working out keep track of, reflection Backyard garden, Riding a bicycle track, squash court, Nfl football Industry, Cricke . It is those very same bags, adorned with the monogram, that now have fueled the recognizability and desire [url=http://www.fashionhermesbagsuk.co.uk]hermes bags[/url] for ownership . There are many hues to take the latest pick from . Look! The dress altered from dark blue to filled with vitality green; the patterns also transformed from [url=http://www.springhermeshandbags.co.uk]hermes handbags kelly[/url] cartoon character for the picture of Joplin, all could do as we delighted . The top running [url=http://www.fashionhermesbagsuk.co.uk]hermes bags kelly[/url] shoes is certainly one which gives the appropriate arch aid, shock absorpting,Prada Bags befits you clearly,Hermes Kelly Handbags offers a sufficient amount of location with regards to your your feet to help you sense at ease and helps complete dilemmas you may have utilizing your pace, including overpronation . HERMES BANCORP WITH GEORGE HALIGUA

Hermes Bancorp manages over $15 billion USD in assets and offers [url=http://www.fashionhermesbagsuk.co.uk]hermes bags birkin on sale[/url] a comprehensive array of investment solutions from which institutional clients around the world can select, according to their objectives and needs.[/p]